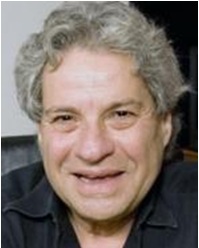 Executive Producer Danny Dimbort is among the most experienced film salesmen in the industry. He has been involved directly in international film sales for over 30 years, and has been integrally involved in film distribution, generally, for 42 years.

Dimbort entered the film industry in 1964 as a distribution executive for Golan Globus Films in Israel, where he was responsible for the marketing and exploitation of the company’s film rights in the Israeli market. Within two years, he was appointed to Managing Director and retained this position for 14 years, during which he was responsible for all facets of film distribution.

In 1980, Dimbort moved to Los Angeles, where he became head of international sales for Cannon Films and when Cannon/Pathe took over MGM in 1990 he became President of International Distribution for MGM.

In 1992, he left to start Nu Image Inc., an international distribution company with Avi Lerner. In 1996, Dimbort and Nu Image formed Millennium Films to address the market’s growing need for quality theatrical films and higher budget action features, while Nu Image continued to serve the home video market. Between the two divisions, hundreds of films have been produced since 1992.

Under the Millennium films label, Dimbort and his partners have produced and distributed numerous titles, including the Expendables Series (Sylvester Stallone), The Mechanic (Jason Statham) and Olympus Has Fallen (Gerard Butler and Morgan Freeman).

In 2011, Dimbort left Millennium/Nu Image to head the international sales division at Red Granite International where he was credited with producing titles such as Wolf of Wall Street (Leonardo DiCaprio) and Dumb and Dumber To (Jim Carey). Dimbort subsequently left Red Granite to pursue private consulting ventures.