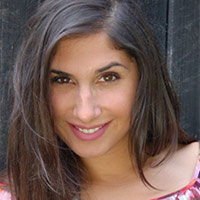 Jasmine Gokbilgin is a multi-cultured actor, poet, producer, and philanthropist. She has been on the global move since the age of 2 with a journey through the US, Turkey, France, and Germany. She has absorbed the world very differently than most; getting to know all kinds of humans, from different countries, cultures, social rankings, and making languages her forte with French, Turkish, Iranian, German and English as part of her global identity.

She has graduated from Chapman University with a Bachelor of Science in International business and finance and has utilized her global acumen in various industries; finance, entertainment, real estate, and the nonprofit sector. She is a unique connector and aspires to build a network with other influencers who like her care about servicing society while finding creative ways to educate, entertain, and inspire others on a massive scale. Miss Gokbilgin knows how similar humans are to one another irrespective of the color of their skin, language or heritage, and that there is a universal language to be spoken. She wants to collaborate with others who aspire to get the message out to the world via music, film, TV, digital media platforms. There is a sense of urgency regarding this focused mission and Miss Gokbilgin stands behind her cause with others who share the same vision and passion.

Miss Gokbilgin has worked in reality TV for shows like Masterchef and Hells Kitchen; BBDO & TBWA Germany, Endemol Shine productions / Dragonfly UK, and Ora TV /Daily Motion to produce short-form content as well as co-produce a passion project documentary on Cleopatra which aired on Channel 4 UK and PBS. She has worked with non-profit organizations including, Habitat for Humanity Egypt & US, Touch of Love as part of a micro-financing launch in Egypt, collaborated with Sea Change to incubate & a piece to uplift the spirits of Incarcerated women at the Lynnwood Prison as part of a theatrical skit called “Language of the Heart”, where she played the character depicting “Freedom”, which received honorable recognition by the County Sheriff Department. Additionally, she has played in various independent films and been part of several theatrical performances, playing the lead female in the “Dark Side of the Moon” as the role of “God”.She has worked on putting together a DO RIGHT Campaign pilot together with LAPD. She has hosted and made appearances on French, German, Italian, and American television stations (CBS, TF1, Rai Uno, Vox, Global TV) for various non-scripted/documentary shows. She has also performed a poem she wrote called “Unleash” at the Love International Film Festival addressing the repression and oppression suffered by women from the Middle East. Most recently, she has joined Mr. Ata Servati, the founder and creator of the Love International Film Festival to head it as director to help fulfill the mission to highlight and recognize a community of filmmakers whose hearts is to also spread messages that convey love, empathy in the world we live in today.