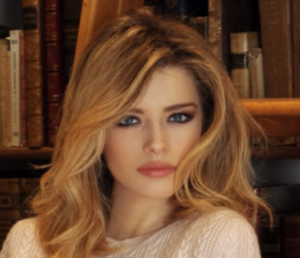 Her first appearance on television was as a host in 1999 as part of a program for Romanian TVR 2 and, shortly after for TVR channel 1. In 2001 she starred in Garcea film oltenii.

Following this, she starred in a film, Examen, while leading in Italian television programs on TV Parma.

By 2004 she appeared in numerous Italian productions, like Don Gnocchi – The angel of children, Play It Again, Professor, Inspector Montalbano, Carabinieri and Capri.

In 2012 she starred as protagonist of The island, Marry Me, and then Red Valentine’s Day.