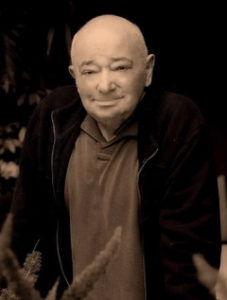 Born into a show business family, Gerald I. Wolff started his career in New York at the age of four. His study of tap, ballet, and modern jazz with Donald O’ Conner, Joe Vilane and Joe Tremaine soon made him a favorite performer on television’s “The Howdy Doody Show”, “The Rootie Kazootie Show”, “Star Time Kids”, “The Merry Mailman”, “Mr. I. Magination” and many others. Mr. Wolff joined the Performing Arts Group at George Gershwin Junior High where was a standout in musical theater productions from “HMS Pinafore” to “Damn Yankees”. There, young Gerry was scouted by Ira Gershwin and Paul Whiteman and was hired as the Tap Dance Kid on NBC-TV’s “Breakfast With Bee”, starring Peggy King and Art Carney. During the same period, he also appeared on “The Danny Kaye Show”. Admitted to the Academy of the Performing Arts in New York, Gerry capped his freshman year with “Gerry Wolff’s One Man Show”, which played to sold-out audiences at the Brooklyn Academy of Music. Mr. Wolff’s performing career peaked when he appeared in the Broadway hit show “Best Foot Forward” with Liza Minnelli and Christopher Walken, and then traveled abroad to appear in several shows at The Palladium Theatre in London.