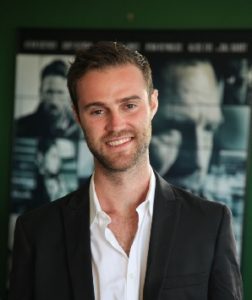 Jeffrey Greenstein was named President of International Sales & Distribution at Nu Image/Millennium Films in April 2015. The almost seven-year company vet oversees the sales and distribution of all Nu Image and Millennium Films productions, some of which he also produces.

Greenstein, who was VP International Sales & Distribution at the company has worked on more than 50 films for the indie studio, including the Expendables franchise, Olympus Has Fallen, Homefront, Before I Go To Sleep, Criminal, London Has Fallen and Mechanic: Resurrection.

Greenstein is a graduate of the University of Central Florida – College of Business Administration, where he majored marketing with a concentration in sales.

Prior to entering the film business, he was an Assistant Trainer for the Anthony Robbins Foundation, owned and published a performance driven magazine for young professionals, and owned and operated a commercial carpet cleaning company he started at the age of 19.