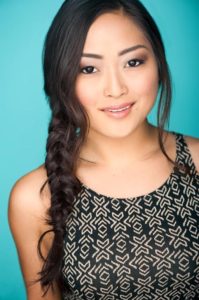 Sophie Oda began acting and singing at the age of 7 in regional theatre in the San Francisco Bay Area.

Sophie’s introduction to LA was appearing on Star Search as a junior singer. Then she began her recurring role on Disney Channel’s “The Suite Life of Zack and Cody” as Cody’s girlfriend, Barbara Brownstein.

After the show, Sophie went on to graduate from the University of California, Irvine with her BFA. Other credits include “NCIS:LA”, “The Big Bang Theory”, and the title role in the WB animation “Amethyst, Princess of Gemworld.”